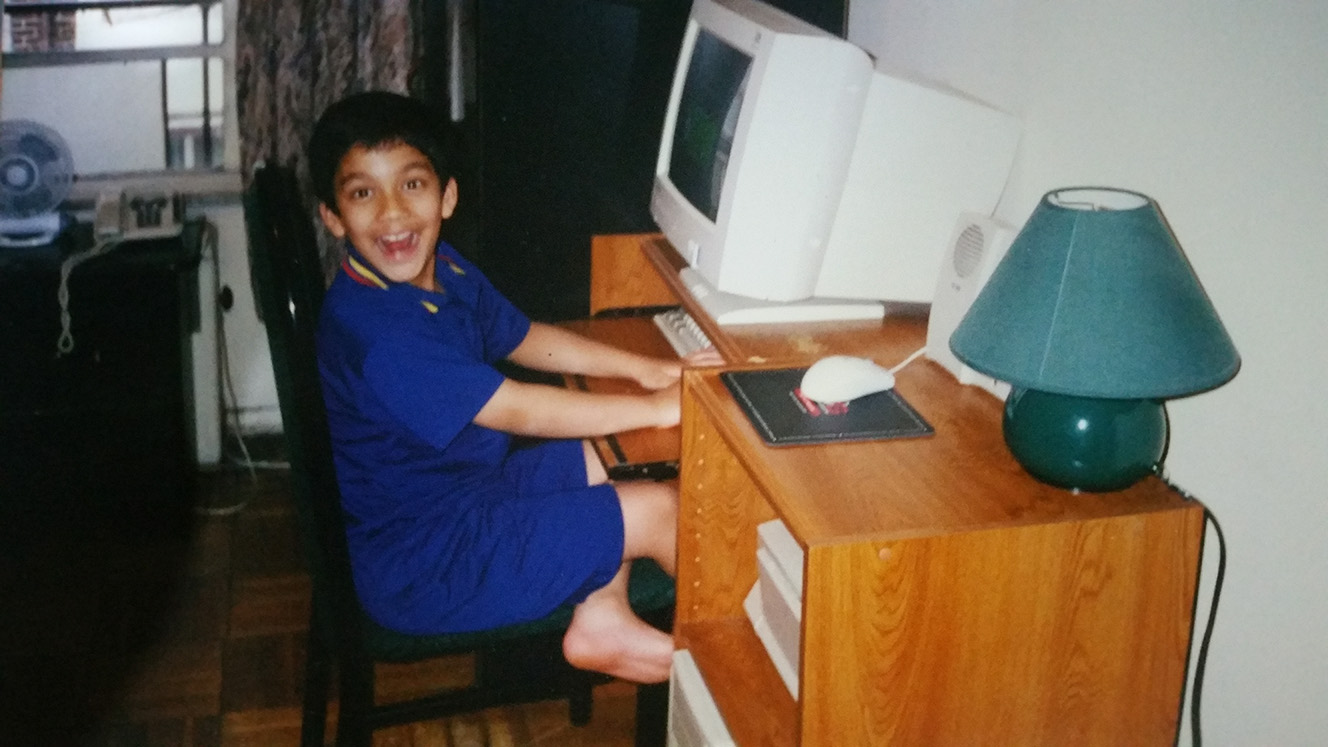 Hacking into the mainframe circa 2004

I am an innovative and creative thinker with a passion for challenging work in cloud, full-stack software development, design, UX, and open-source technologies. I’m a strong communicator and presenter with hands-on experience building robust web applications, modern front-end UIs, complex API integrations and realtime applications that communicate across a multitude of technologies. I am comfortably versed in continuous integration and test-driven development practices.

Follow me on Goodreads to see what I’ve been digging in to lately and feel free to recommend a good book while you are at it!

Introspective Code is a code mentorship, hobbyist and networking community which was brought together by myself and one of my greatest mentors (who happens to also be my older brother) Shahriyar Nasir. The community emerged in early 2014 when I noticed a few close friends of mine were seeking a common form of hands-on guidance in full-stack web and application development. The cohort that formed was a mix of 2nd year Computer Science, Statistics and Computer Engineering students from University of Toronto who at the time were seeking (or had just entered) their first serious software internship.

Since Shah had already graduated from University of Toronto’s Computer Science program and had a few years of software engineering experience under his belt, he offered his time and expertise to help us get our feet off the ground. For the next few months he organized/led workshops for us which he hosted in his office building’s meeting space at Nulogy.

Half a decade later, students and friends from our cohort now work in intermediate/senior software development positions at companies like Microsoft, Google, Scotiabank, RBC, Pelmorex Corp, 1Password, and more. Our community now mainly exists through our Slack channel where new members are joining every few months.

I’ve been producing progressive breaks, progressive house, drum & bass, chill and IDM/Glitch since I was 9 years-old (2004) and have continued with my passion for music ever since. I’ve put out 70+ original works (including 5+ album/ep releases) under the artist name Phrakture and have gotten support from artists/DJs like Jaytech, Solarstone, Matt Darey, Andy Moor, and more (here is a shoutout from Solarstone himself).

More recently, I’ve been releasing indie-electronic, nusoul, chilltrap and chillwave music under the artist name Nafeu and have had my work featured on Chill Masters.

I’ve done some contracted work for Flixel, producing music for their videos Lindsey Adler Shoots a Wedding Cinemagraph and The Flixel Startup Story. I’ve also contributed a custom percussion pack for ORION: Step Sequencer, created a ton of midi controllerism, beatboxing, performance, and production tutorial videos on my YouTube channel youtube.com/phrakture, and released a few free sample packs on Freesound. I have also been featured on OverClocked Remix for my remix of “Foregone Destruction” from the Unreal Tournament Soundtrack.

You can check out some of my work at the following links: